First of all, hello!

I’m Nikola Begedin. I’m a software developer and I work and live in Croatia.

I have this dream/fantasy that I’ll finish some sort of amazing side project, get rich, retire early and then continue to play games and dabble in development until I die of old age. It’s never going to happen, but it doesn’t stop me from trying.

Unfortunately, my procrastinating personality does stop me from following up on any of my projects or ideas.

Luckily, I have people who at least try and sometimes succeed at pushing me into doing something. I now also have this blog, which I will use to keep track of my projects and ideas and hopefully do a better job ad working on them.

Aside from work, where I’m right now learning a lot about JavaScript, SPA (Single Page Application) development and various modern JavaScript frameworks, in my spare time I also study for my Microsoft certification exams and, more importantly, dabble in game development.

Off the top of my head, I can list a couple of projects. I will try to make updates on each of them as soon as I have anything substantial to talk about.

Pucaj simply means Shoot in Croatian. The idea of Pucaj is for me to get to know LibGDX and Android Development Studio while making something that might one day be called a game. Right now, it’s just a bunch of code without a clear goal in mind. 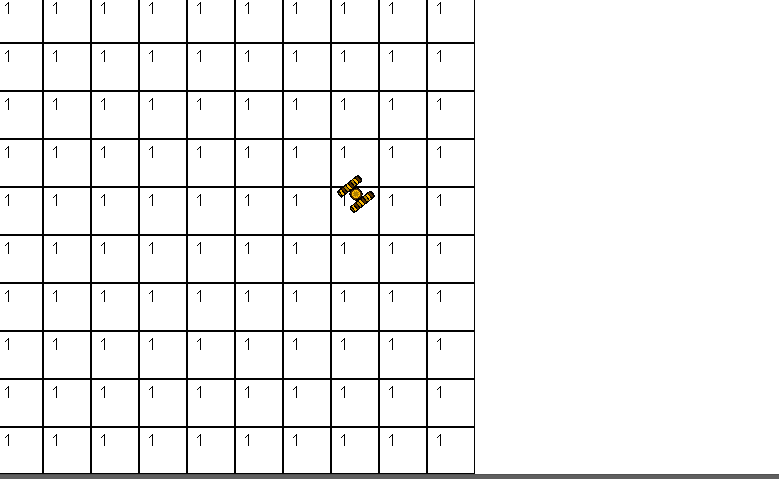 This is what I have right now. The tank follows your finger/mouse and turns towards it.

LibGDX allows me to develop simultaneously on Desktop, Android, iOS and Web, but right now, I’m only using the Android and Desktop capabilities. With some tricks, I managed to import the project to Android Development Studio, so that’s great to.

You can track my Pucaj repository on GitHub.

Dice and Roll is a browser game I’ve been developing with a colleague from work, Ratko. If it weren’t for him, this project would not have existed, so he should get most of the credit. We’ve been working on it as a sort of presentation to show at a local conference, which my company is organizing every year – DevArena.

Ratko has his own blog where he mostly talks about Lync development, but who knows, it might mention games at one point to.

In any case, Dice and Roll, in spite being very basic, was quite well accepted, so we decided to keep up with it. We’d like to at one point transform it into a multi-platform game, running in browsers as well as a native C# Windows 8 App.

For now, you can even try it out. Our company is hosting it, but there’s no guarantee it will be there for long. Keep in mind, it’s only currently current. We will be pushing updates to our production version soon.

NESjs could hardly be called a project. This guy called Alexander has this blog, where he is making a guide on how to create a Nintendo Entertainment System emulator in JavaScript. I’ve been basically doing the same thing he’s doing, hoping to learn something about how to properly structure JavaScript apps through the process, and maybe even learn a bit about emulation.

As with Pucaj, you can track my NESjs project repository on GitHub